The value of new construction starts in January grew 2 percent to a seasonally adjusted annual rate of $607.9 billion, according to Dodge Data & Analytics.

The gain for total construction relative to December reflected moderate growth for housing. At the same time, nonresidential building retreated slightly in January, as increases for commercial building and manufacturing plant construction were offset by diminished activity for institutional building.

The nonbuilding construction sector also retreated slightly in January, as modest improvement for public works was paced by a huge jump for highway and bridge work.

“The construction industry, as shown by the construction start statistics, seems to be gradually regaining upward momentum,” stated Robert A. Murray, chief economist for Dodge Data & Analytics. “Last year construction activity proceeded at a healthy clip during the first half, followed by a 20 percent drop in the third quarter, and then a slight 1 percent rebound in the fourth quarter. January’s modest gain for construction starts is consistent with what was shown at the end of last year. On the plus side, long-term interest rates remain low in early 2016, and such market fundamentals as occupancies and rents are supportive of further growth by multifamily housing and commercial building. The new five-year federal transportation act is in place and fiscal 2016 appropriations have been passed, which should help public works construction. On the negative side, the struggling global economy, the extended drop in energy prices, and the sliding stock market in early 2016 have raised the degree of uncertainty in the economic environment, which may contribute to a more restrained approach towards investment in the near term.”

Multifamily housing in January increased 2 percent, showing further strengthening on top of the 22 percent jump that was reported in December. There were nine multifamily projects valued at $100 million or more that reached groundbreaking in January, with six of the nine located in the New York metropolitan area, led by two projects in Manhattan – the $256 million multifamily portion of a $265 million mixed-use high-rise and a $243 million apartment tower.

Large multifamily projects above $100 million outside of the New York metropolitan area that reached groundbreaking in January were located in Chicago ($237 million), Seattle ($131 million) and San Francisco ($104 million).

Nonresidential building, at $180.3 billion (annual rate), slipped 1 percent in January. The institutional categories as a group fell 10 percent, pulling back from the improved volume reported in December. Healthcare facilities dropped 20 percent, as occasional gains such as the 11 percent hike reported in December for this project type continue to be followed by retreat.

The largest healthcare facility projects reported as January starts were an $84 million hospital tower in Neptune, N.J., and a $65 million outpatient cancer center in Baltimore. The smaller institutional categories registered weaker activity in January – public buildings, down 5 percent; transportation terminals and religious buildings, each down 35 percent; and amusement-related work, down 49 percent.

The amusement-related category in December had been boosted by such projects as the $478 million renovation and expansion of the Miami Beach Convention Center in Miami Beach, Fla., and the $130 million renovation of the Nassau Coliseum in Uniondale, N.Y. In January the largest amusement-related project was an $84 million addition to the Charleston Civic Center in Charleston, W.Va.

In contrast to the generally weaker activity reported for the institutional building group, the educational facilities category was able to climb 17 percent in January. The largest educational facilities project entered as a January start was a $108 million bioscience research laboratory at the University of Arizona in Tucson, Ariz. The latest month also included groundbreaking for three large high schools, located in Batavia, Ohio ($99 million); Valdosta, Ga. ($85 million); and Houston ($76 million).

Warehouse construction in January increased 17 percent, lifted by the start of a $134 million logistics center in Carlisle, Pa. Hotel construction in January grew 14 percent, with the upward push coming from the $205 million conversion of an office building to a hotel in the Times Square district of New York, N.Y. Both stores and garages/service stations fell back in January after December gains, retreating 10 percent and 35 percent respectively.

Nonbuilding construction in January dropped 2 percent to $133.7 billion (annual rate). The electric utility and gas plant category fell 18 percent, maintaining the broad downward trend that emerged during the second half of 2015 after a strong first half.

Even with the decline, there were still several noteworthy power plant projects that reached the construction start stage in January, including a $900 million natural gas-fired power plant in Pennsylvania, a $303 million wind power facility in Michigan and a $205 million solar power facility in Florida.

On an unadjusted basis, total construction starts in January were reported at $40.6 billion, down 14 percent from the same month a year ago which featured the start of two massive liquefied natural gas (LNG) terminal projects in Texas. If these two LNG terminal projects are excluded, total construction starts in January would be up 1 percent from last year’s corresponding amount.

By geography, total construction starts for January 2016 relative to January 2015 showed growth in three of the five major regions – the Northeast, up 36 percent; the South Atlantic, up 8 percent; and the Midwest, up 4 percent. Decreased activity was reported for the West, down 1 percent; and the South Central, down a substantial 53 percent given the comparison to January 2015 that included the start of the two massive LNG terminals in Texas.

By geography, the 12 months ending January 2016 showed the following performance for total construction starts – the Northeast, up 19 percent; the South Atlantic and the Midwest, each up 5 percent; the South Central, up 3 percent; and the West, up 2 percent. 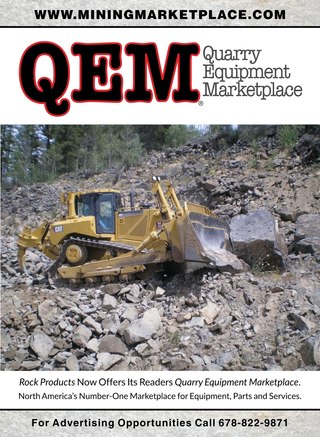