At a seasonally adjusted annual rate of $638.3 billion, new construction starts in November retreated 6 percent from October, according to Dodge Data & Analytics. Each of the three major construction sectors experienced reduced activity in November.

“The path of expansion for construction activity has been hesitant in recent years, with gains followed by setbacks, and this has certainly been true during 2016,” stated Robert A. Murray, chief economist for Dodge Data & Analytics. “After a lackluster second quarter, total construction starts showed improvement during the third quarter, and have receded so far during the fourth quarter. On the plus side, the year-to-date amount for nonresidential building in dollar terms is now showing growth, joining the gains that have been reported for residential building over the course of 2016. The public works sector remains slightly lower than a year ago, although the extent of its shortfall has become smaller.”

“Going forward, the construction industry should still benefit from several positive factors,” Murray continued. “For commercial building, vacancy rates have yet to show much in the way of upward movement. For institutional building, funding support for school construction is coming from the passage of such recent state bond measures as the $9 billion Proposition 51 in California. For residential building, while mortgage rates have risen they remain at historically low levels for the present, and demand for housing from millennials seems to be picking up. For public works, support is coming from recent bond measures passed at the state level, although the continuing resolution just passed by Congress for fiscal 2017 federal appropriations did not provide an increase for highway funding. What remains to be seen is the extent to which Congress will respond to the proposals by the incoming Trump Administration for greater infrastructure spending and less regulation of the banking sector.”

Nonresidential Building
Nonresidential building in November dropped 5 percent to $224.6 billion (annual rate). The commercial building categories as a group fell 20 percent, with declines reported for four of the five project types – stores and shopping centers, down 10 percent; commercial garages, down 16 percent; office buildings, down 33 percent; and hotels, down 46 percent.

The manufacturing plant category in November plunged 54 percent after being lifted in October by the start of a $1.4 billion ethylene plant in Louisiana. Still, there were several large manufacturing plant projects that reached groundbreaking in November, including a $450 million expansion to an ExxonMobil refinery in Beaumont, Texas.

The institutional side of the nonresidential building market advanced 22 percent in November. Leading the way was a 206 percent jump for the amusement-related category, which featured the start of the $3.0 billion football stadium for the Los Angeles Rams in Inglewood, Calif. Also strengthening in November was the public buildings category, which climbed 29 percent with the boost coming from the $267 million city hall portion of the $513 million New Long Beach Civic Center in Long Beach, Calif.

The other institutional categories lost momentum in November. Healthcare facilities receded 2 percent, although November did include the start of five hospital projects valued each at $100 million or more, including a $300 million hospital in Silver Spring, Md. The educational facilities category was down 6 percent, with the largest November project being a $107 million cyber security studies building at the U.S. Naval Academy in Annapolis, Md. November declines were also registered by transportation terminals, down 34 percent; and religious buildings, down 45 percent.

Residential Building
Residential building, at $275.4 billion (annual rate), fell 5 percent in November. Multifamily housing pulled back 12 percent from its improved October level, continuing the fluctuating pattern of recent months. There were 10 multifamily projects valued at $100 million or more that reached groundbreaking in November, down slightly from the eleven such projects reported in October. The largest multifamily projects that reached groundbreaking in November included three located in Boston – the $625 million Seaport Square residential towers, the $209 million Bulfinch Crossing residential tower and the $198 million multifamily portion of the $225 million Clippership Wharf mixed-use project.

Single-family housing in November slipped 2 percent from its heightened October amount, although November was still generally healthy by recent standards, coming in 2 percent above the average for the previous ten months.

Nonbuilding Construction
Nonbuilding construction descended 9 percent in November to $138.3 billion (annual rate), due to a 21 percent decline for the public works categories as a group after a 21 percent hike in October. The miscellaneous public works category, which includes mass transit projects and site work, fell 57 percent after being lifted in October by the start of the $1.7 billion Mid-Coast Corridor Transit Project in San Diego.

Highway and bridge construction in November fell 16 percent after a strong October which included the $850 million State Highway 288 Tollway project in the Houston area. November’s highway and bridge construction, although weaker than October, did include the start of the $803 million U.S. 181 Harbor Bridge Replacement Project in Corpus Christi, Texas.

The environmental public works categories in November were mixed, with water supply systems down 6 percent; sewer systems up 19 percent, and river/harbor development up 88 percent with the help of $747 million of site work for a marine container terminal in North Charleston, S.C.

Running counter to the overall decline for public works construction in November was a 58 percent increase for the electric utility and gas plant category, boosted by the start of the $2.1 billion Elba Island Liquefaction Project in Savannah, Ga., which will enhance natural gas liquefaction and exporting capabilities at that location.

Through the first 11 months of 2016, nonresidential building was up 2 percent compared to the same period a year ago.

During the January-November period of 2016, residential building was up 6 percent compared to last year.

During the first 11 months of 2016, nonbuilding construction was down 9 percent from the same period a year ago. The public works categories as a group retreated 3 percent, due primarily to a 13 percent drop for highway and bridge construction from the elevated amount reported in 2015.

Year-to-date total construction gains were reported in the West, up 10 percent; the South Atlantic, up 9 percent; and the Midwest, up 6 percent. Year-to-date total construction declines were reported in the Northeast, down 1 percent; and the South Central, down 17 percent which reflected that region’s comparison to last year which included the start of several massive liquefied natural gas export terminals 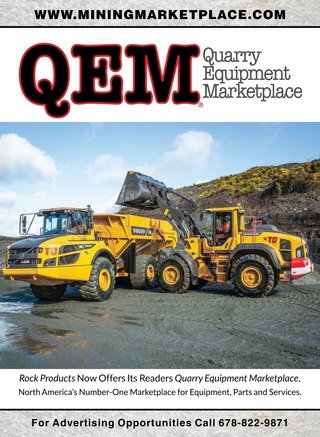